I just wanted to send an email to explain
how much your food has helped my chocolate Labrador in the last few months.

Max
is badly hypothyroid and for the last four years I have struggled with him
losing weight and it not staying off, and when I say struggling he was 49kg at
his heaviest and 44 at his best over four years with fluctuations like a yo yo.

I tried every type of dry food under the sun, probably upwards of 40 different
types and nothing worked. He then developed elbow dysplasia and had to have
surgery, which meant more weight went back on. Last year he was diagnosed with
severe osteoarthritis in both front elbows as a result of the thyroid and the
surgery, and we tried yet another diet which did nothing and was nearly £100
per bag.

This year, he has early stages of cruciate disease. All of these
things are down to his thyroid and his weight, so I thought I would go against
all the bets said about dry food and after lots of research I found your fish
diet and felt it was worth a try.

His meds started to work properly because they weren't blocked by
carbs in dry food, so we could reduce dose which was great. Three weeks later
he went down to 39.7, and last week when I weighed him he was 38.3kg and had
lost another 1.6 in two weeks.

For the first time since he was diagnosed I feel
we might make it to his ideal weight of 35kg, which for his legs will make a
huge difference. He is happier, healthier and we have been able to put off
surgery on cruciates because of this.

I just wish I had made the change so much
sooner.

Thank you for a great food! 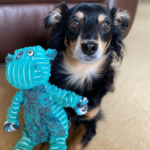 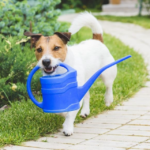 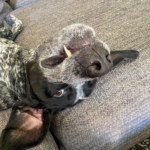 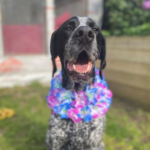